you are here: home » heritage » biometrics 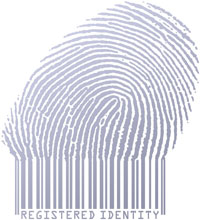 Most libraries, until recently, issued their users with I.D cards. This can be costly to administer and the cards are easily lost. What's more, they often contribute to long queues forming at the issue desk as users rummage in bags trying to find them.

Biometrics is an exciting alternative to the id card as a way of recording and identifying users through fingerprint recognition. Heritage works with a fingerprint scanner to record information which is then stored as part of the Heritage reader record.

It is important to point out at this stage that the actual fingerprint is not recorded, in the way that, for example, the police would; it is merely a numeric formula generated from some of the characteristics of the fingerprint. It is not possible to reverse engineer an image of a fingerprint from the formula.

Heritage Biometrics will allow your readers to access their records and perform circulation functions by just scanning their fingerprints, increasing both speed and security. An added advantage of using fingerprints over photographs for security purposes is that fingerprints, unlike photographs, don't need updating every year! Once you have set up the system, it can be used to control access to other facilities, for example you may wish to use it for electronic attendance registers, entry access control systems, photocopier budgeting, cashless catering, etc. Typically Heritage Biometrics would be made available from a single computer (that on the issue desk), but if you require availability from a number of computers on your network you will need to purchase additional 'Biostations'.

For those without Heritage Biometrics, the alternative, at present, is to hold photographs of borrowers on the database which can be viewed at the point of issue. This allows counter staff to check everybody without the awkwardness of asking for some form of identification. See Image Handling for more information about scanning and storing images. Further information about biometrics including details of what is actually stored (not the actual fingerprint) are in this Biostation document. The biometrics module does not work with Vista workstations. This is due to the lack of a driver for the underlying hardware.

Becta published a guidance document covering the use of biometrics in schools which addresses good practice and other issues that may be of concern. Drawn up with support from the Information Commissioner's Office (ICO), the guidance stresses that head teachers and governing bodies should be clear and open with all parents and pupils about the use of biometric systems. This could involve: explaining what biometric technology is; how it will be used; what is involved; what data will be stored; why it is required; how it will be secured; and how long it will be retained. Schools are also advised to recognise some parents' or pupils' concerns over the introduction of biometric technology and offer alternative systems, such as smartcards, to access the same services if they opt out.

A document giving advice about the use of biometrics in schools is available from BECTA.

The use of biometrics is not confined to the academic sector either. We also have customers in other sectors who make use of it. Please contact us for further details.

This site has been replaced.