Oak Hill College is a theological college in North London housing one of the finest theological libraries in southern England. The college provides biblical training for contemporary ministry in the Church of England and other spheres of Christian service. 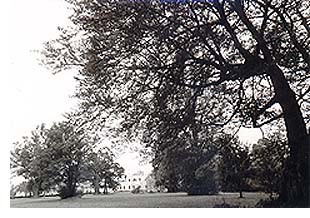 The library at Oak Hill has been managed since 1988 by Wendy Bell. She was appointed as the first professional librarian and charged with bringing the library up to date. This naturally involved computerisation. The library at the time held around 18,000 items, but has grown by another ten thousand items in recent years – Wendy estimates that they add, on average, around half a metre of books to the shelves each week!

Wendy had to wait for a few years before eventually computerising, as there were no systems appropriate for libraries such as hers on the market at that time. In 1993 she started to look around again:

“I spent time visiting other libraries, talking to librarians, attending conferences and demonstrations and also having companies display their products in my library. I first came across Heritage (version 3 in those days) at the Library Resources Exhibition at the NEC and was very impressed with its versatility, adaptability and cost. I contacted other theological colleges that used Heritage and received favourable reports – all the people I spoke to said how eager IS Oxford were to fit the system around the needs of the customer and how quick they were to respond to any questions and problems that might arise – and I was also impressed by the Christian ethos of the company.

“I was under some pressure from the college managers to use the library software from the firm that provided the management software. This sounded attractive because of the promise of uniformity but in practice the system proved inadequate in many ways and would have been frustrating to use because of its limitations. I also considered a home-made system used by one of the other theological colleges which was very tempting, but I was worried that if the designer were to ever move away from the college there would be no support or development.

“So I recommended Heritage 3 to the College, first to the academic staff (some of whom had attended a demonstration) and then to the College Trust, who would ultimately be responsible for funding the project. They were initially concerned that IS Oxford didn't provide the hardware, but a solution was found by the bursar purchasing this in addition to his accounting hardware and establishing a maintenance contract. So my proposal was accepted without much dispute.

“The computers arrived on June 14th 1994. We had a few problems getting the software to run over the network but IS Oxford were very helpful and the problems were ironed out. A temporary member of staff was employed and we both found that the software was very easy to use. The training day in Oxford consolidated our knowledge although it was unnecessary as the manual and Support answered all our queries”.

Wendy eventually completed the task. “It took two of us working part-time nine months to catalogue what was now 22,000 items. Circulation was tested over the summer of 1995 and went live in September with very few problems. Most people reacted favourably and were enthusiastic”.

Wendy has since upgraded from the DOS version to the Windows version of Heritage:

“The main advantages of using Heritage over the previous manual system were the subject/keyword access to the collection and the tightening up of loan procedures. We set up the system with two OPACs showing both enquiry and circulation and it was easy for the users to swap between the two. I haven't used the map facility but it is an attractive feature. The move to Heritage was smooth and further enhanced the system. I was able to change the backdrop to a picture of our new academic centre which was in the process of being built, and the interface was very popular and familiar to users.

Heritage Technical Support continue to respond quickly and helpfully to all enquiries. I subscribe to Marvin, but I must admit that most of the time it is an irritation. However, I will continue to subscribe because of the odd gem that comes through - the ideas it plants of possibilities that I hadn't even considered.”

Wendy has plans to further enhance the services her library offers in the near future:

“I am shortly to purchase Heritage Online and the fines module, but find that the manual serials records are adequate for the time being. I have never regretted the decision to choose Heritage, and this has been further enhanced by the setting up of the Theological Heritage User Group, which IS have fully supported.

I would willingly speak to prospective users.”

Having used Heritage for a number of years now (the original case study above was written in 2002), we recently contacted Wendy to ask her how she now feels about Heritage and working with IS Oxford:

What are your favourite features in Heritage?
Definitely self-issue. Otherwise, the general logical ease of use.
How have you found the support service from IS Oxford staff?
Generally good but it depends who you get as some people are more helpful/knowledgeable than others. Some problems getting over exactly what the problem is, but that is probably my non-technical nature.
Have you used the support website? How useful did you find it?
Just for finding helpsheets, which tend to be excellent.
Do you have any other comments you would like to make about IS Oxford or Heritage? Would you recommend it/us to other libraries?
I have already recommended Heritage to several other libraries, hence THUG!

This site has been replaced.

Join us this December! (Login required)