Originally founded by Danish engineer Ove Arup in 1946, Arup is now one of the leading engineering organisations in the world, employing more than 6,500 people internationally with an annual turnover exceeding £280 million. Better known for involvement with many of the high profile buildings of the post-war years, Arup has made a name for itself in many other aspects of engineering from roads and bridges to indestructible flasks for transporting nuclear waste. 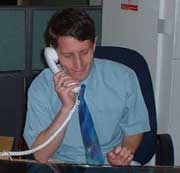 Arup have a number of offices around the UK and associated company around the globe, with a main library located at the London office. This library holds over 150,000 items, including books, pamphlets, CDs and serials.

Julian Dawson, the librarian at Arup’s London office, began his search for a replacement library system in January 2002, when he visited the British Library Exhibition for Small and Special Libraries in London. He had seen Heritage previously at the Library Resources Exhibition in 1997, but it was not until the decision was made to replace DB Textworks, Arup’s existing system, that he investigated further.

Julian identified three management systems that would potentially suit the requirements of his library and invited the suppliers to give on-site demonstrations to both himself and his library staff. He had a number of criterion upon which he assessed each system, including “reliability, ease of use, good functionality, value for money [and] good support” and had prioritised “robustness and level of support” as the most important factors.

Julian was impressed with both the sophistication and price of Heritage, and after reviewing all the short listed systems he invited IS Oxford back to discuss their specific requirements in more detail. This meeting enabled each of the library staff to satisfy themselves that Heritage would meet their

individual requirements. IS Oxford then provided an evaluation copy of the software for the library staff to trial. Confident that the testing had gone well, Julian decided to go ahead with Heritage.

“[Heritage] did most of what we wanted far more cheaply than other systems. We liked the approach of the company, and its ethos; and its commitment to the customer.”

Heritage was installed at Arup in April 2002.

“[The] installation process was very straightforward. The Server Performance Pack service proved more of a problem, but support was able to spend time sorting this out. Configurations of some PCs had to be changed, but not a serious issue.”

Julian and his staff had a number of training sessions, which they found to be “generally very good” and they have arranged more for the future. They have also made use of the support line, which they initially found to be too slow “when our system is down and therefore support requirement is urgent”. This issue was addressed with IS support staff, and together with Julian they have “established ways to improve things from both sides”. IS staff are proud of their support reputation and are very keen to offer the best service possible, so a variety of methods of support are available (e.g. via telephone, email, the Internet etc) to cater for individual needs. They continually monitor the effectiveness of our support service and welcome customer feedback as part of this process. 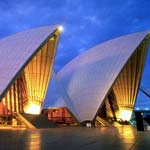 Having used Heritage for a number of years now, we recently contacted Julian to ask him how he now feels about Heritage and working with IS Oxford:

What are your favourite features in Heritage?
We like the system's efficiency. We like the loans management system. And we like the features of the Online version. We are impressed with its adaptability to the various problems we throw at it. We are impressed with its searching facilities, both ease of simple searching, and being able to select fields from a drop down list. Also the benefits of phrase searching. We are pleased with the ability to create symbolic fields to allow for our demanding search requirements. We like the ease of being able to amend and modify existing records.
Have you linked Heritage to any other systems in your institution, such as Moodle, Sharepoint, Aquabrowser, MyPC, Txtools, Screenreader software, a management information system or similar? If so, any comments about the integration process or success of the integration?
We use Heritage Online URLs in our skills network sites to link through to searches and individual titles. And we use these URLs in our online newsletters around the firm. We look forward to exploiting reading list and review features in this way too.
How have you found the support service from IS Oxford staff?
Always helpful and prompt. And especially helpful in developing outside the box solutions to our requirements.
Have you used the support website? How useful did you find it?
I like the new design, and appreciate the ability to log calls via the website.
Do you have any other comments you would like to make about IS Oxford or Heritage? Would you recommend it/us to other libraries?
We don't hesitate to recommend Heritage to other libraries.

Arup currently have ten additional full access licences, the Serials Management Module (including Acquisitions), the Reader Import Module and the Server Performance Pack. Their data was converted from Inmagic DB/Textworks by IS staff. Heritage Online is used both for internal purposes and to publish the data for the Construction and Building Abstract service run called CBAWeb. Use of Heritage has also extended to their Hong Kong offices.

Join us this December!